This is my Veneto Sketchbook from the trip Tim and I took to Italy during Christmas and New Years. 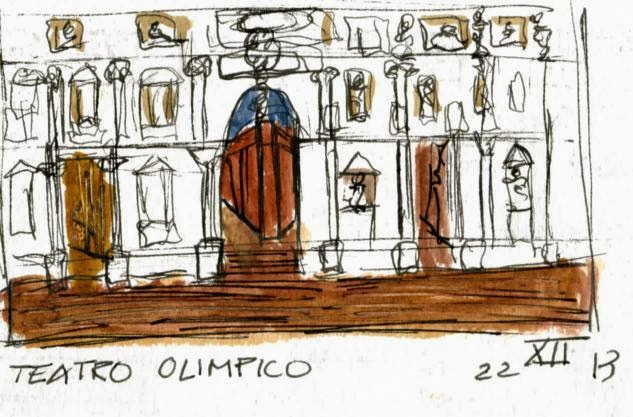 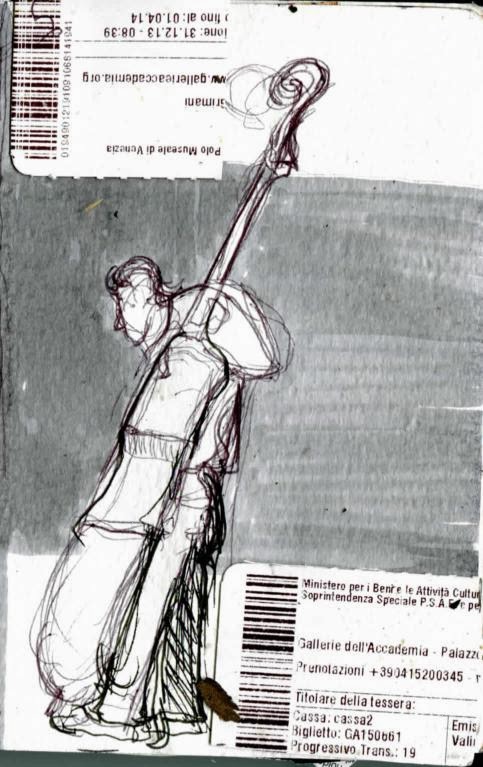 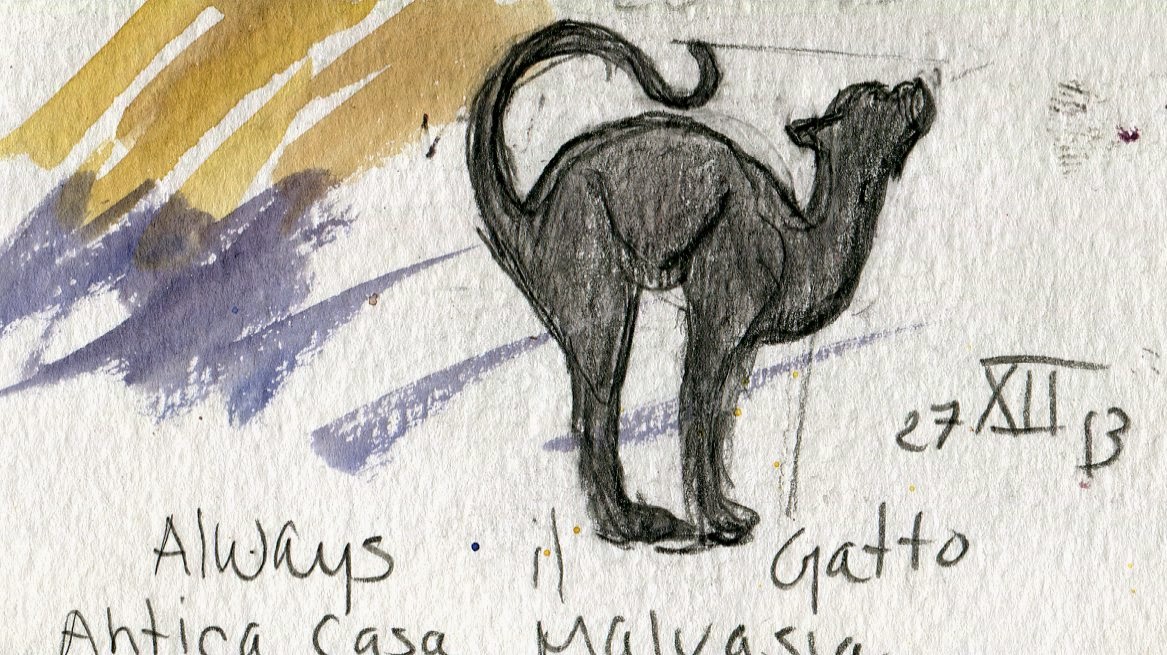 Posted by Nya Patrinos at 6:00 PM No comments: 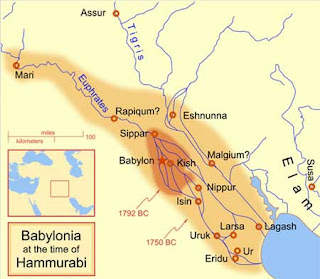 I learned of the Goddess in the Chalice and the Blade.  She's a goddess whose spirit I would like to get more in touch with because of her charitable love and her service.

Nanshe is described as "she how knows the orphan, knows the widow, seeks justice for the poor, and shelter for the weak."

Her symbols are fish because she is orginal the goddess of water and fishing and the pelican which in folk tales will open its own chest to feed its young.

She is the goddess of social justice, prophecy, fertility and fishing.  She is said to have dominion over the Persian Gulf and all the animals with in.

Her power seat is the Sirara temple in the city of Nina.

Posted by Nya Patrinos at 6:02 AM No comments:

The Chalice and the Blade

The Chalice and the Blade: Our History, Our Future


I read, The Chalice and the Blade, over this Christmas break.  It was the book I took on the plane with me for my husband and my vacation to Venice, Italy, a vacation that we had been talking about for perhaps 10 years. Although, somewhat impractical for travelling (my version was a thick hardbound one) the topics were heady and seemingly not compatible with turbulence, it was a great read and alerted my mind  to question the many examples of Western Civilization’s “pinnacle” I saw in Venice and the Veneto.


The Chalice and the Blade, is a book I have wanted to read for many years but never got to.  When all the people around me in college were taking Women’s Studies courses I was painting and making architecture. I experienced a lot of things over those years but also missed a lot too by zooming through college in 3 years including my transfer from RISD to Penn.  I feel like I have spent the last 25 years trying to make up for some perceived loss of Liberal Arts freedom I gave up by moving too fast back then.


And maybe by college I was a little afraid of feminism.  Feminism had left me scarred. I had gone to an all-boys high school as a part of a class action suit. I thought it was my responsibility to the feminist movement to be a part of it by fighting the power.  And high school was such a fight, such a struggle, There were 1500 guys and 30 girls in the school with me the first year and it seemed like all 1500 of boys were calling me “whore” or “lesbian” or throwing food at me.  By college, I had withdrawn in. I didn’t want to be political anymore.  I had been to so many marches on Washington in my youth.  I had seen so much anger at high school.  I had had enough.


The Chalice and the Blade, seems both timely and dated.  Dated because there is no talk of AIDS or LGBT issues, the book is narrated from another time that I remember quite clearly, but we don’t live in now. It is palpable to me that its language is not post millennial and it is more than the fact that the author refers to Ronald Reagan quite a bit.  What is timely in the book is the talk of the dominator and partnership models.  In the dominator model, there is a ranking of one half of the population over the other.  In the partnership model, diversity is not equated with inferiority or superiority.


When people worship the blade, as it seems to me we do now in the US with all our wars, they are worshipping the power to take life over the power to give life, the power of domination. Riane Eisler shows us there was another time, another way, a time of the Goddess, and partnership. She demonstrates that many of the most creative times in our civilization have been experienced under the partnership model. She also eloquently illustrates how much of history has been interpreted and taught to us by proponents of the dominator model.


The book gives many examples of successful partnership models, with the most interesting being Paleolithic and Minoan Civilizations.
Serpents and Butterflies

I have been really attracted to butterflies for many years. I released butterflies at my wedding as a symbol of joy and freedom in our partnership, a way to release our marriage vows to the heavens.  For me, butterflies are symbols of freedom, creativity and lightness, but when I read the Chalice and the Blade last week I learned a little more about them.

Serpents and Butterflies are symbols of metamorphosis.  They represent the transformative powers of the Goddess.

Minoan Culture, in the Chalice and the Blade  is "perfectly expressive of the idea of homo ludens - of  'man' expressing our higher human impulses through joyful and at the same time mythical meaningful ritual and artistic play." p. 32 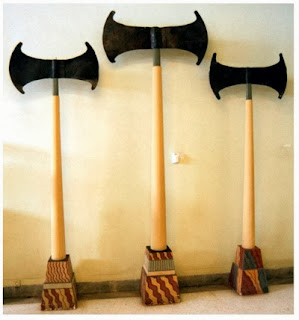 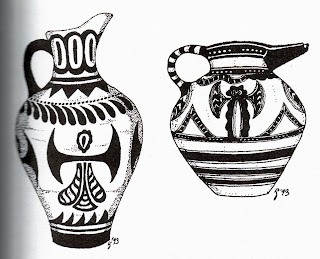 I haven't ever felt the connection with serpents that I have with butterflies.

In the Chalice in the Blade, serpents are connected with Goddess worship and the sacred feminine.  In the book there is a reinterpretation of Genesis, in which it is mentioned that it is very natural for Eve to listen to the serpent because the serpent is the Goddess symbol.  Ancient Priestesses obtained their knowledge (note it is the Tree of Knowledge in the bible) in serpent rituals.   The writers of the Old Testament decision to equate the serpent with the feminine character Eve and ancient knowledge is actually an accurate portrayal of Goddess culture.  The rejection of the Goddess and the serpent for the new male God centered religion Judaism and calling this the act the original sin can be unpacked as the new religion's defamation the old religion of the Goddess, as well as, the power shift from partnership model (gylany) to dominator model (androcracy).  All the ideals of the old religion, female, snakes, and knowledge are considered bad/works of the devil and if people continue to worship them the will be expelled from the garden like Adam and Eve.
Last year I started buying butterfly jewelry.  I was wearing a butterfly ring around my finger and a necklace around my neck.  I was calling on the power of the butterfly to release me from a period of my life when I was feeling very stuck.  I was looking for transformation just as the Neolithic and Cretan people were.  It makes me wonder if these symbols are embedded in our DNA. What I am attracted to may in fact be written inside of me. 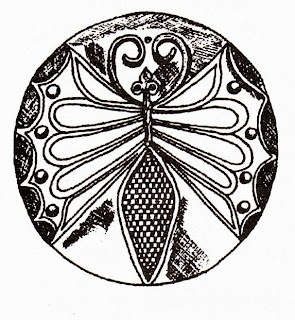 Posted by Nya Patrinos at 5:23 AM No comments: