I lead a Art/Yoga Fusion workshop on Friday night at the Yogi Tree. This is what was on the paper I handed out for the activity.


Materials: Participants use collage, drawing, and writing (with different color pens, pencils, markers ) to fill the four quadrants of one large mandala

The four quadrants will be divided into these groups:

1)    Mind: What do you want the quality of you mind to be?  What will help you get there? What is going well mentally?

2)    Body: What are your goals for your body? What will you do? What do you want it to look like? How will you achieve this?  What parts of your body do you feel good about?

4)    Work:  What do you want you work life to look like? What changes do you want to make? What is going well? 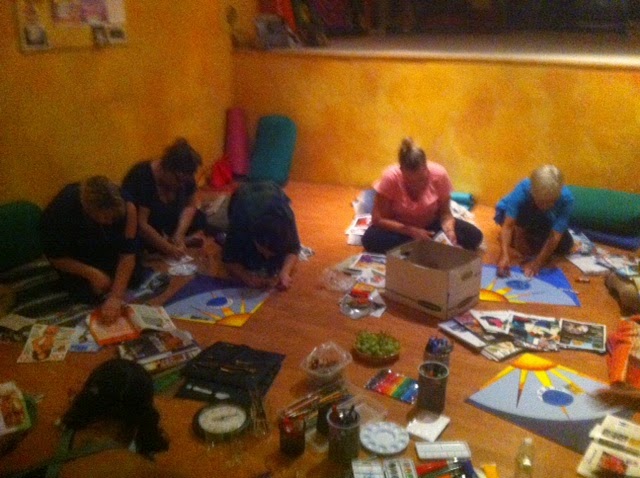 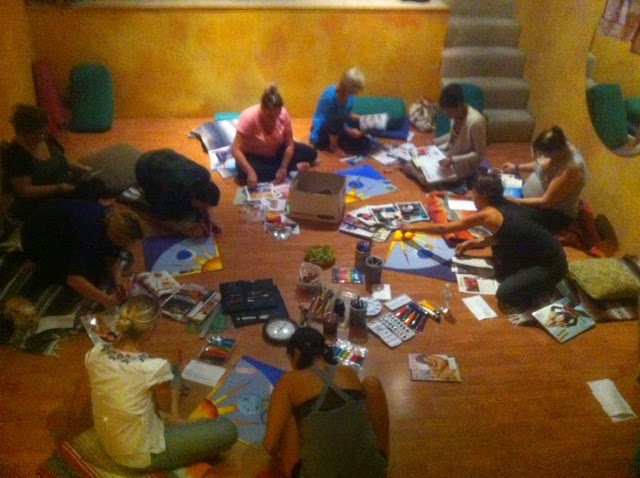 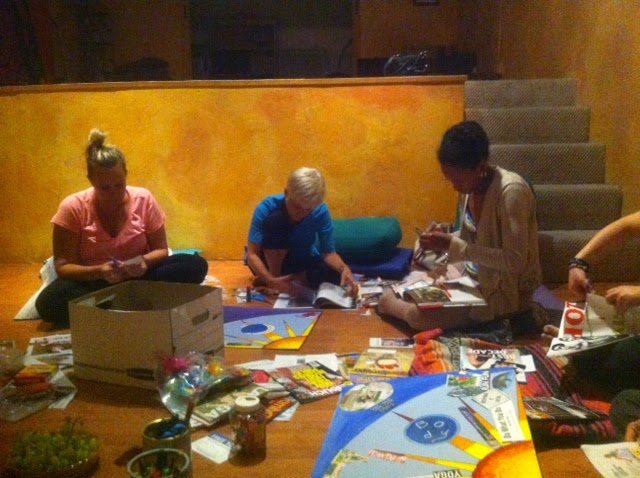 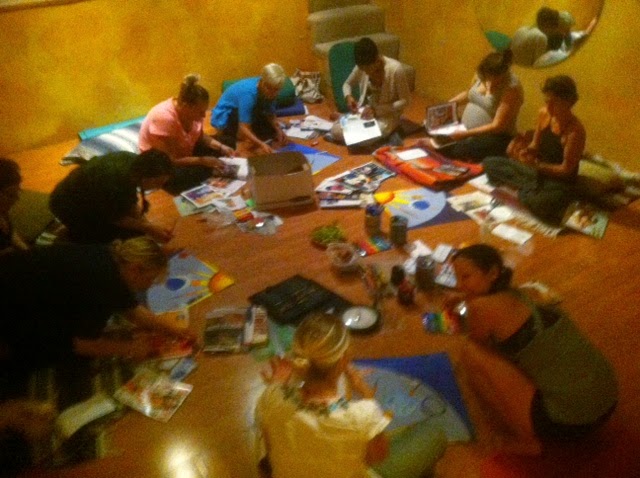 Posted by Nya Patrinos at 7:21 AM No comments:

I went to Iyengar today.  I want to practice Iyengar but sometimes it just bores me - mainly the huge breaks between the postures to get and put away your props and the obsessive-compulsiveness of the teachers about the blanket folds etc sometimes is just too much for me to bare.

I do think it's a very important practice and the practice that I learn the most about what the yoga poses are supposed to be/ feel like when I am in Iyengar.  My teacher was Kerri Lee. I like her a lot.  She is very detail oriented (but not shit she is an Iyengar teacher) She pays a lot of attention to the shoulders which is good for me because my shoulders are so screwed up/. I want to keep studying with her when I am not working.  This is my third class with her.  The class was surprisingly full for 9am in the morning,  The traffic was terrible.


I practiced a 7 stage Yoga Nidra today. It's really hot and uncomfortable out.  When there was dialogue about being cold it was hard for me to accept it.  My neck and shoulder are sore, I think from headstand against the wall but it could be from hot yoga also.  I wonder why my neck always gets jammed in headstand.

This evening I am going to Hot Yoga 8 for Yin with Star. I am in the middle of a 30 day challenge.
Posted by Nya Patrinos at 7:09 PM No comments:

Meditation on the Color White

We meditated on the color white in Buddhist Dharma class and I just strung together free associations in my mind like a I was surrealist.

my mother's pearls I played with as a child 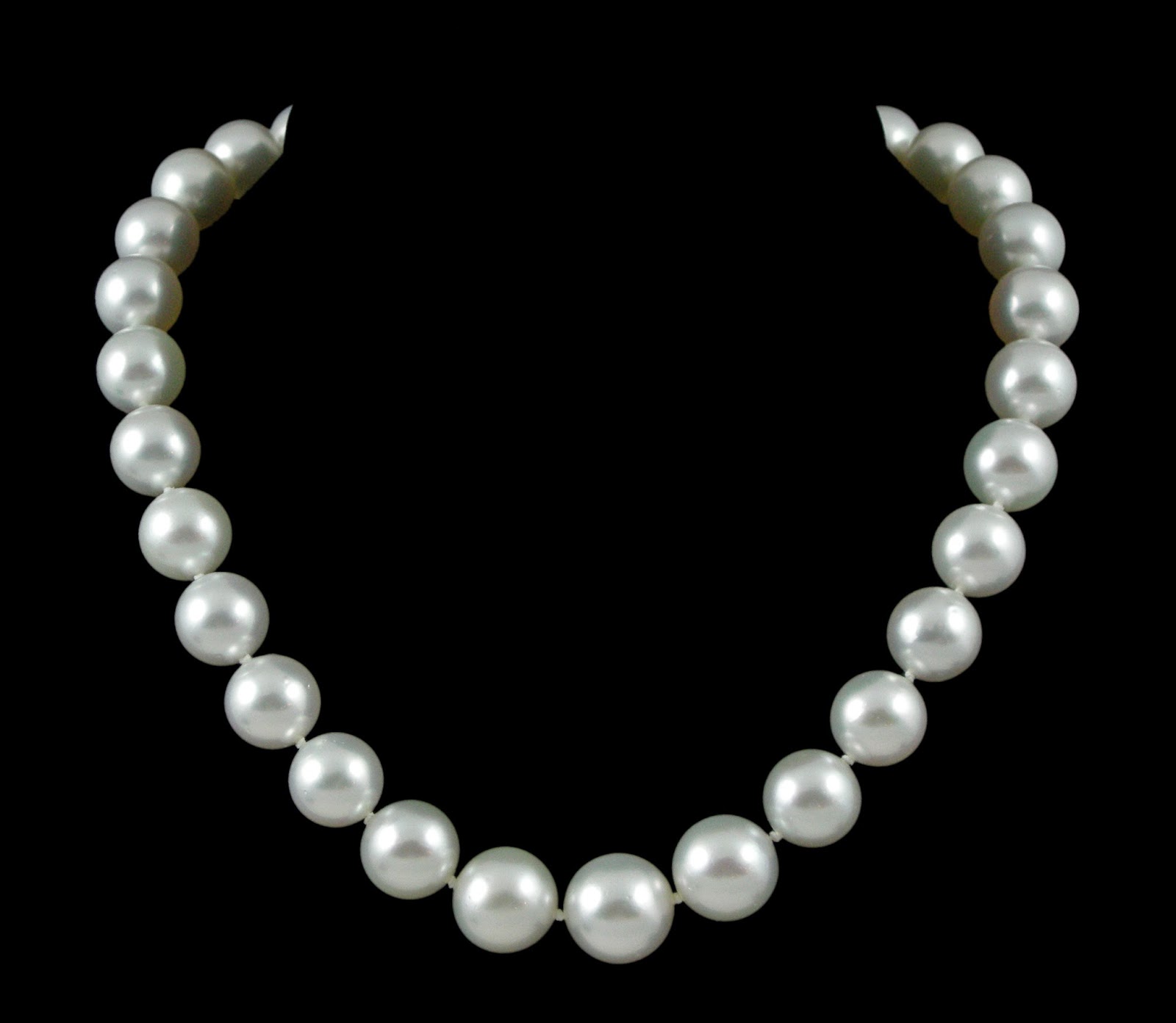 my grandmother's hair she wouldn't let me brush 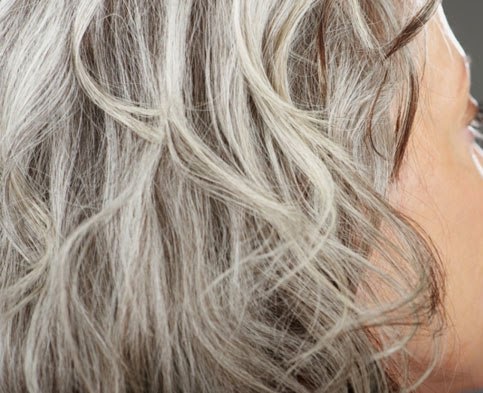 clouds seen from an airplane window 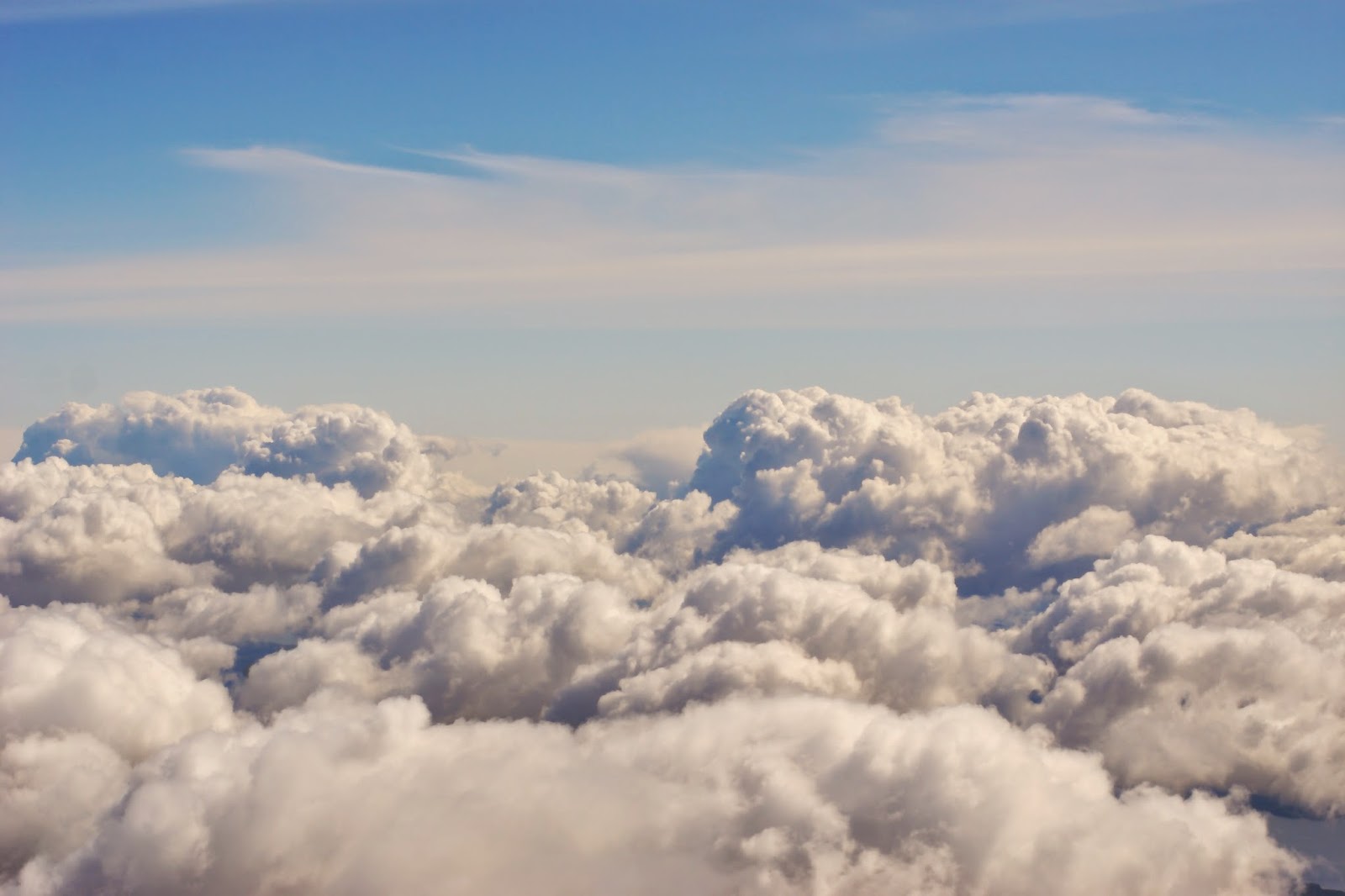 a cow skull that Georgia O'Keefe would paint 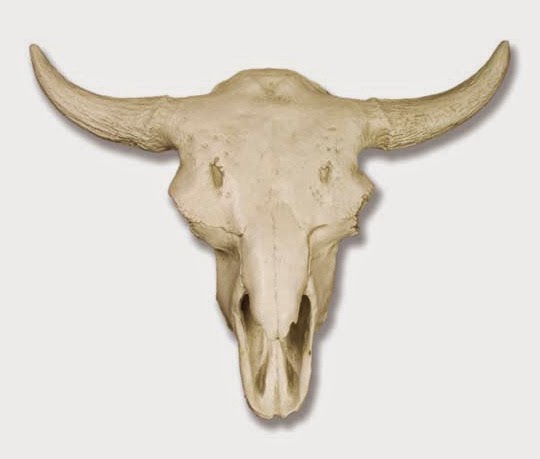 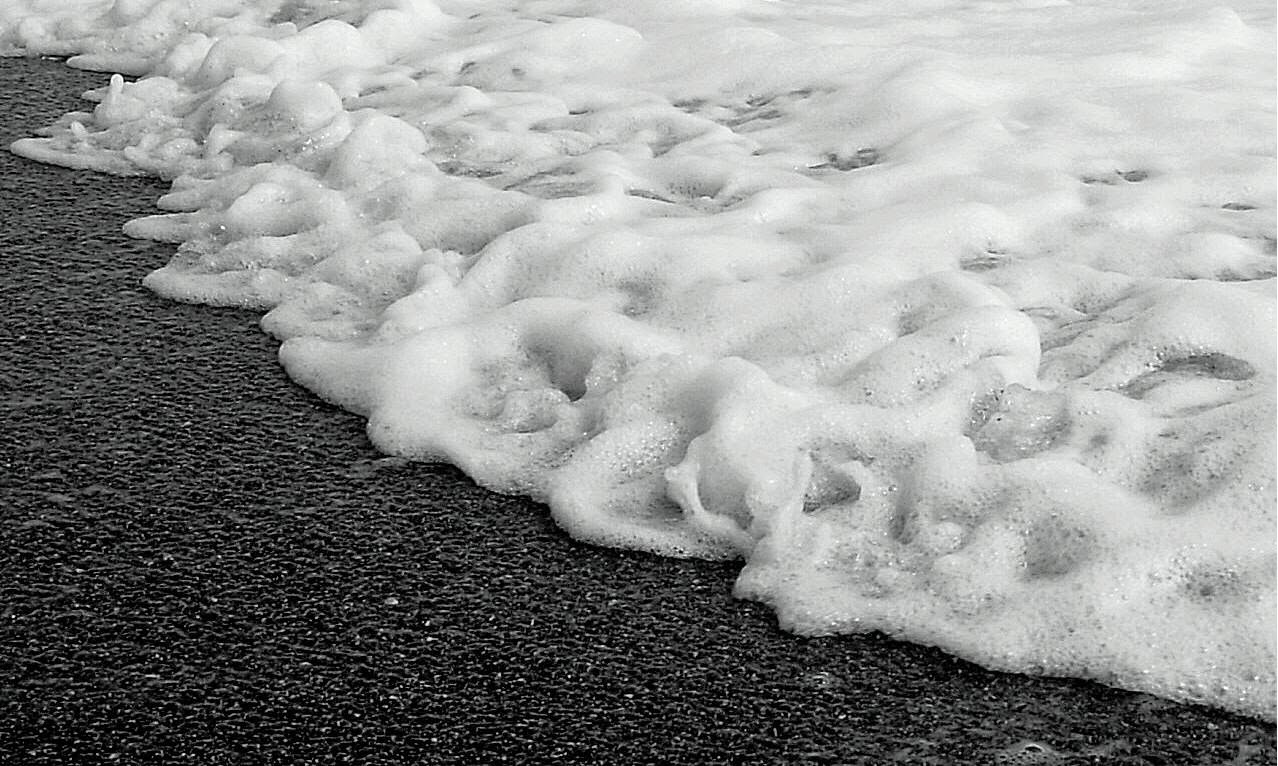 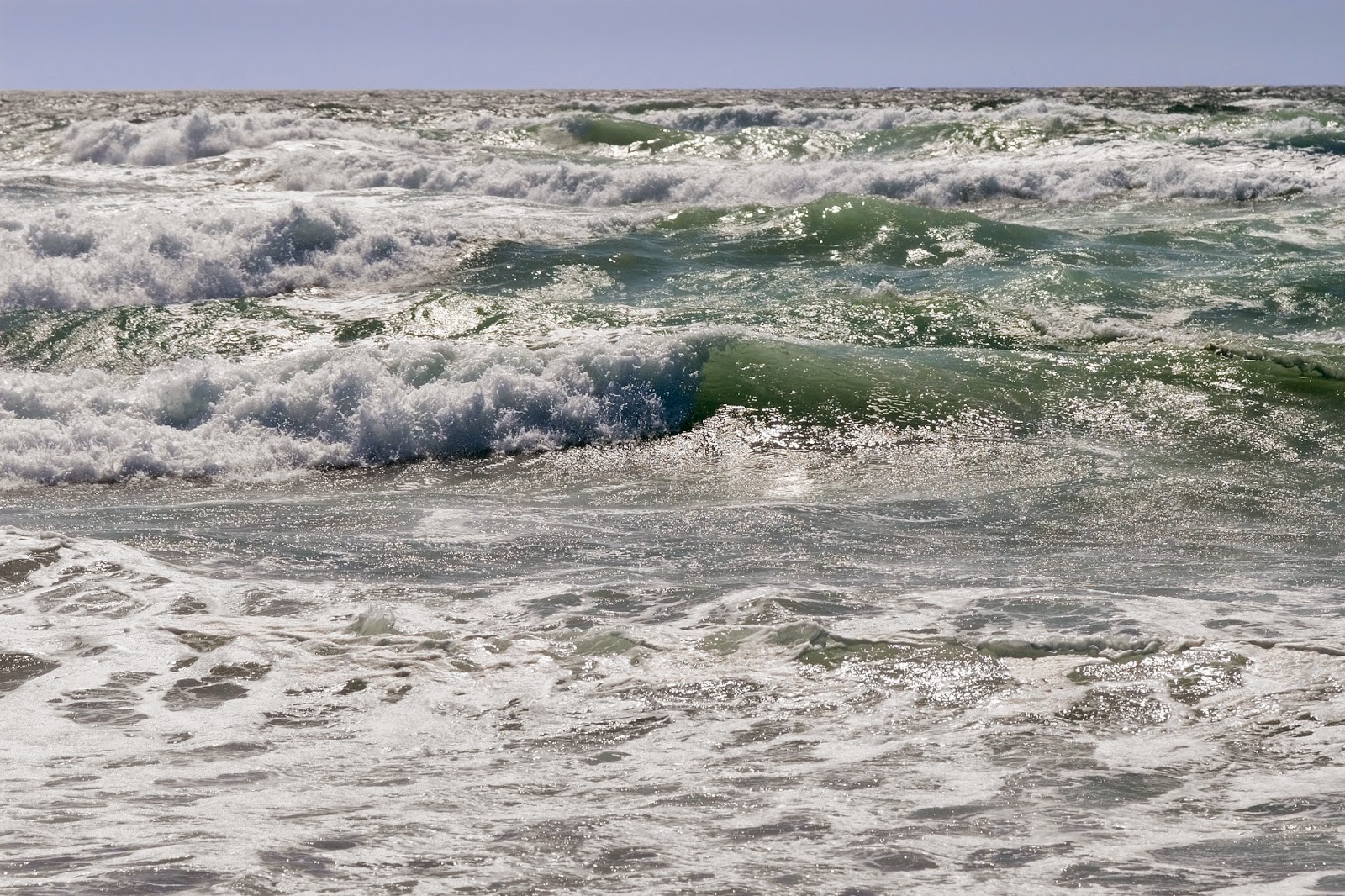 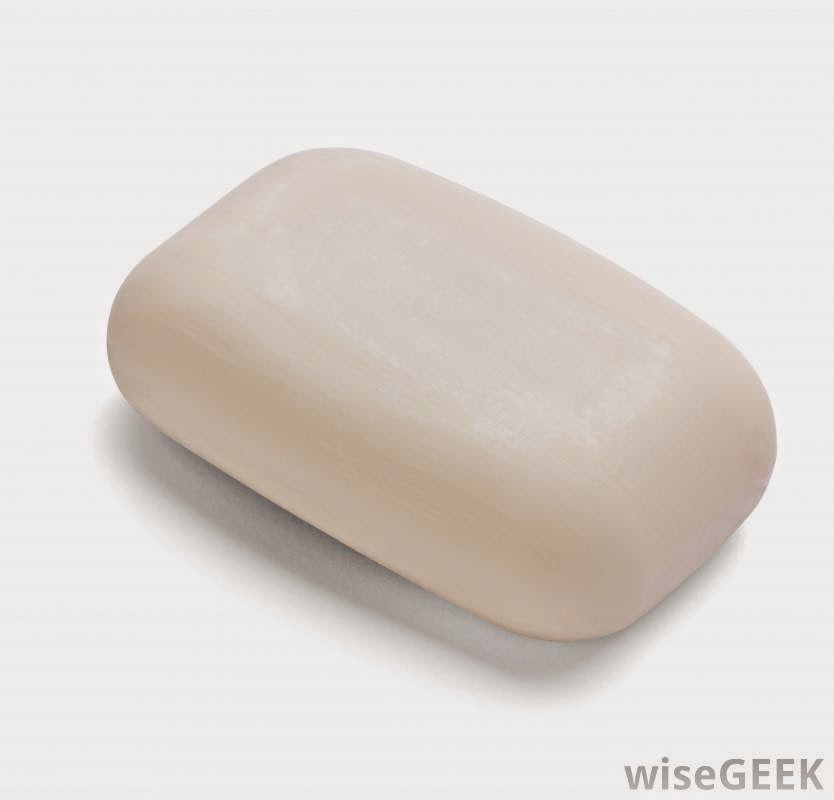 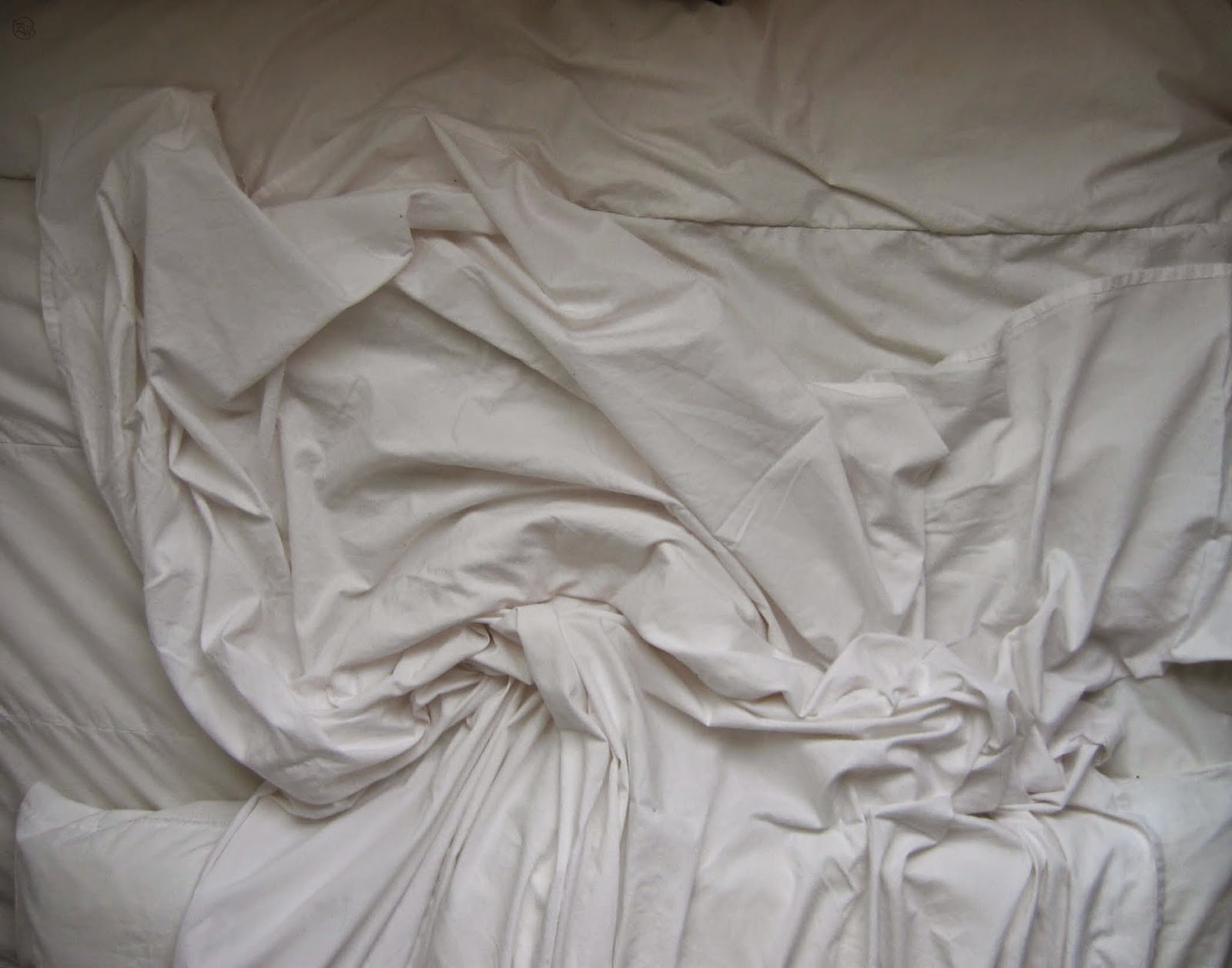 Posted by Nya Patrinos at 1:12 AM No comments:

Chris Chapple talked about Nagarjuna in class.  He was the great seminal thinker of Mahayana Buddhism. He thought a lot about impermanence (anitya), He wanted to move away from complexity to emptiness (sunyata).violence

He talked about the Binary: Good vs Evil.  The binary pushes us towards violence.  Instead he spoke of the quadranerary model

1. Sunyata (language)
2. Karuna (cultivation of karuna, I am going to end suffering of all beings)
3. Samsara=Nirvana
4. Bodhhisattva Cow

The Mahayana represents a huge shift in the task of the monasticism with the inclusion of the community.  The first 600 years of Buddhism, Buddhist were all monks and nuns.  But now, why exclude lay people.

Robert Thurman's 1st book was on Vilmalkirti.  Now, the life of a lay person doesn't differ from the life of a monk.  We are all called to a higher degree of sila because we are not sheltered from people who do not share our vow.

Theraveda Buddhism was in South India until 400 years ago.  There is a huge geographical divide in Buddhism. Tibetan's criticized the Hinyana by saying they don't understand emptiness and they don't have compassion.

So what has happening that spurred the Mahayana?  Around 100 CE was the peak of Roman trade in India.  There was a cosmpolitanism.

The Boddhisatva vow may be influenced by Messianic influences.

Theravada is the one surviving schools of 18 schools.

For some reason I have the quote "Beautiful art reminds us of our best self."

Grasper
Grasping - Only by emtpying our grasping can we be of service to others.
Grasper

When a tile breaks a piece of everyone's heart breaks.

Out of fragility of presence arises karuna.

But the can't be separated. Only the unenlightened think there is enlightenment.

Posted by Nya Patrinos at 12:52 AM No comments: 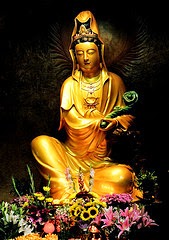 Avalokitesvara looks down from the Buddha realm of Amitabha Buddha ready to respond to our needs. 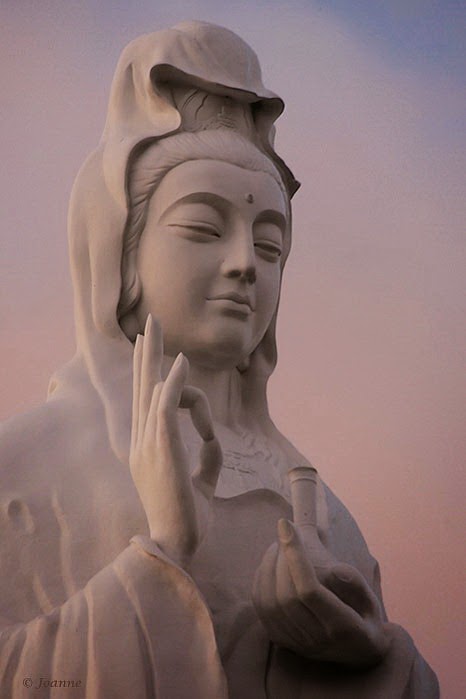 His/Her name means "The Lord the Looks Down." In Tibet, the Dalai Lama is believed to be the emanation body of Avalokitesvara. In art, s/he is shown with many arms ready to respond to the many needs all at the same time 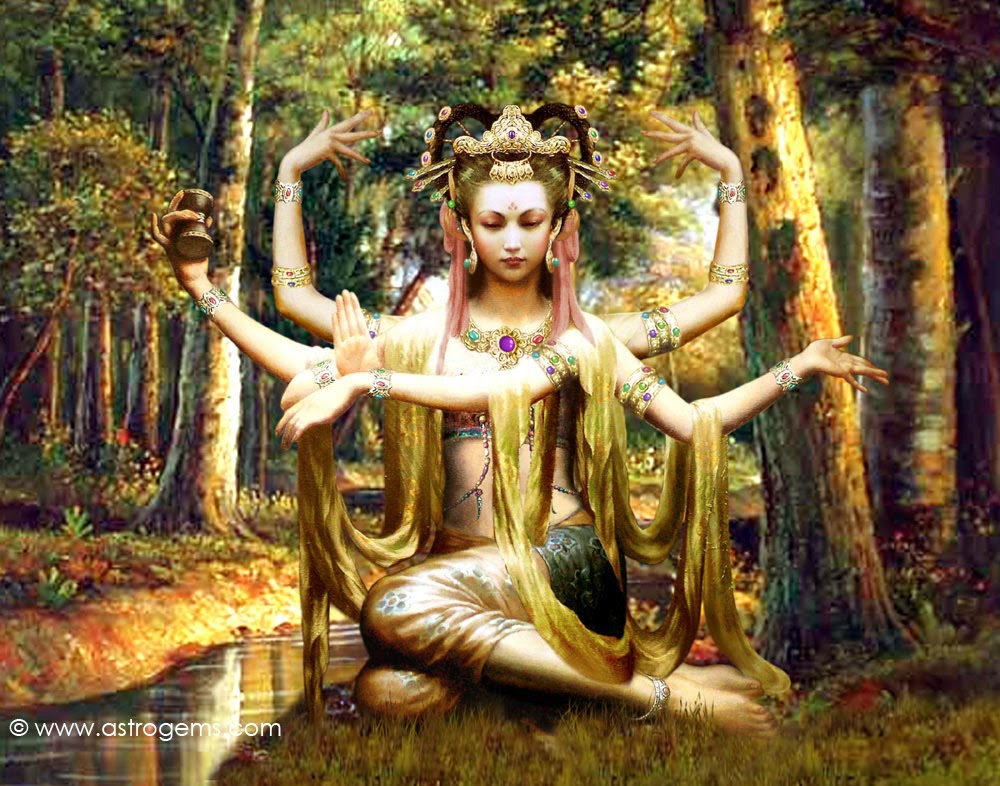 . How wonderful.  In East Avalokitesvara is portrayed as a woman, called Kuan-yin in China and Kannon in Japan.

Posted by Nya Patrinos at 9:12 AM No comments: 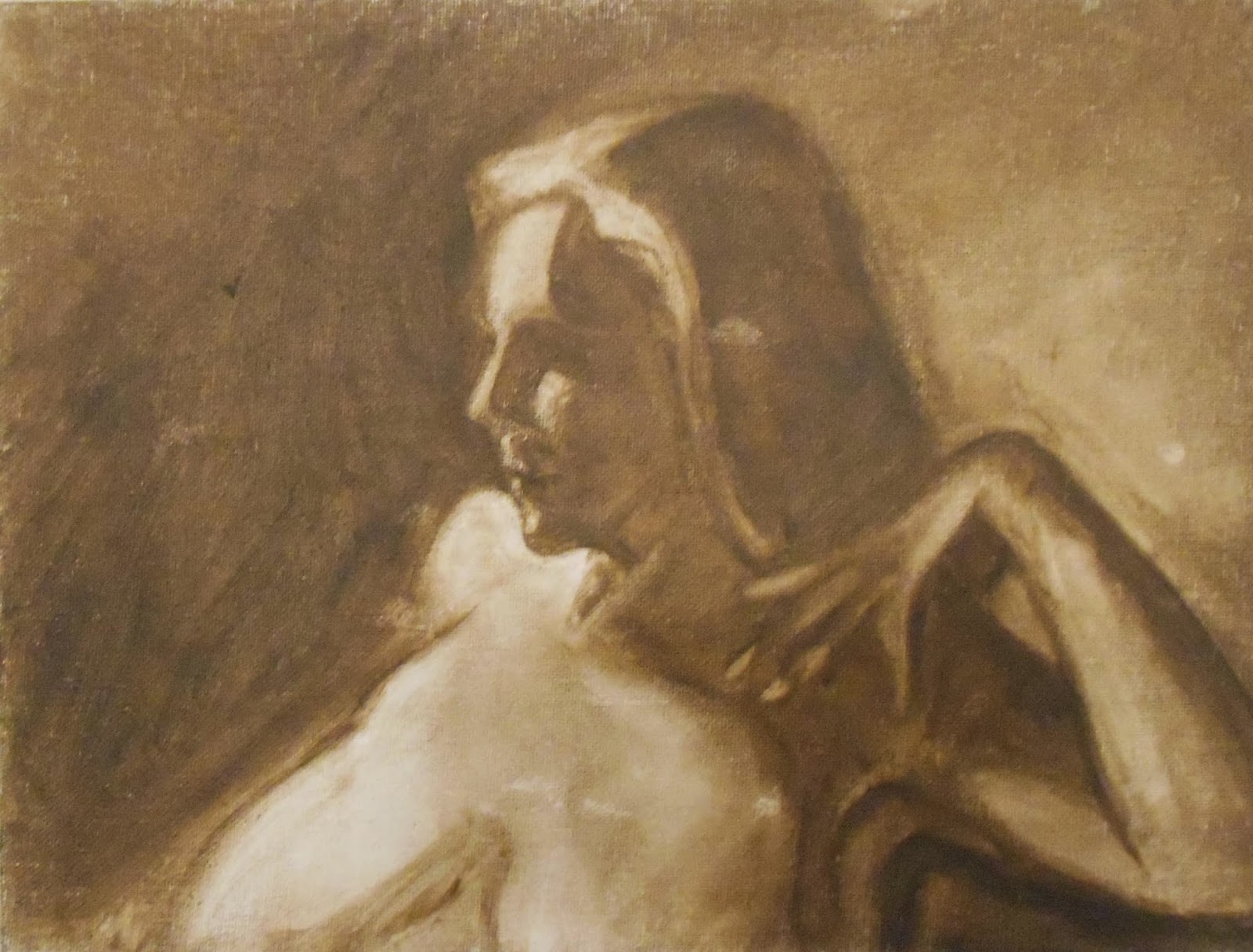 I did this wipe out painting the Saturday before last.  I came in on the last week of a five week pose so I just decided to do a simple exercise,  It was actually pretty difficult. I wasn't painting as well as I did with Juliette.  I think I got out of rhythm.
Posted by Nya Patrinos at 5:41 PM No comments: