In the Buddhist Dharma Class I have been taking with Chris Chapple on Sunday mornings Chris started talking about Queen Maya.
Queen Māyā of Sakya (Māyādevī) was the birth mother of Siddhartha Gautama. She was queen at Kapilavastu married to King Sudhodhana.

Māyā means "love" in Nepali. Māyā is also called Mahāmāyā ("Great Māyā") and Māyādevī ("Queen Māyā"). In Tibetan she is called Gyutrulma and in Japanese is known as Maya-fujin (摩耶夫人).
Maya and Sudhodhana did not have children for twenty years into their marriage. According to legend, one full moon night, sleeping in the palace during the monsoon season, the queen had a vivid dream. She felt herself being carried away by four devas (spirits) to Lake Anotatta in the Himalayas to the Tushita Heaven. After bathing her in the lake, the devas clothed her in heavenly cloths, anointed her with perfumes, and bedecked her with divine flowers. Soon after a white elephant, holding a white lotus flower in its trunk, appeared and went round her three times, entering her womb through her right side. Finally the elephant disappeared and the queen awoke, knowing she had been delivered an important message, as the elephant is a symbol of greatness in India.

The Brahmins interpreting the dream that Queen Maya was pregnant but Sudhodhana was not the father. Maya did infact become pregnant after the dream.

According to Indian female tradition, Maya was on the way back to her parents house to give birth when she went into labor in the middle of the road in Lumbini. Maya is usually shown giving birth standing under a tree and reaching overhead to hold onto a branch for support. Her depiction resembles the tree spirits known as yaksini. She can also be seen as a surrogate for Durga.  Maya lifted up her leg to give birth and a perfectly formed child emerged.  She stayed in the spot the Buddha was born but couldn't stop bleeding. She was dead after 21 days. 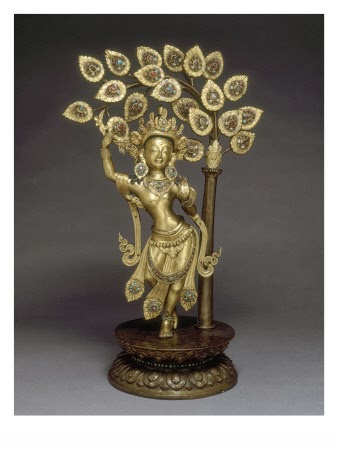 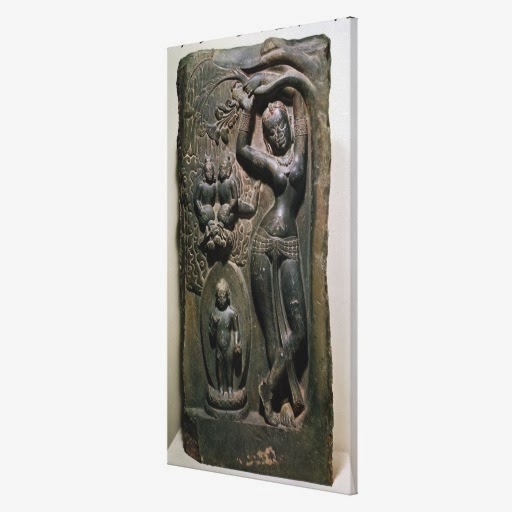 Thank you for your comment. It is much appreciated.